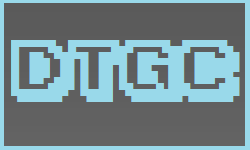 The sun rises from the horizon. Your men are standing attentively, awaiting your signal. You take a breath, and mentally prepare yourself. Confident in your abilities, having commanded and won all of your battles, your presence alone gives your men morale. You make your speech.

You turn towards your soldiers.
"Men. We are here today, because we fight for our land."
Your men roar with agreement.
"We are here to fight for our loved ones. We are here, right now, at daybreak, standing in the mud, freezing our asses off, instead of laying in a warm bed with our wives, because of those Kurtanians, standing just over that horizon."
Your turn out towards the field.
"Let's win this and get back to them in one piece, shall we?"
You turn towards the field, and raise your sword.
"For Prince Edward! The rightful ruler of Argonia!"

Hidden in the trees, your archers, facing westward towards the hill, gaze upon your sword, as it cuts through the air downward. The signal has been triggered. Your archers fire their arrows, having been readied the moment you raised your blade. The arrows cut through the first wave of Kurtanian soldiers. Your Cavalry now charges at the front and rips through the battalion. As you and your remaining men charge off, you notice that you are rushing into a small battalion of no more than 300 men. Your entire army notices this too.
"Maybe they have already retreated?" One man suggests.
No, it can't be. Your experience tells you this much. You have fallen into a trap.

It isn't clear as to what happened next. All you know is that you heard loud noises, and that dozens of bodies fell upon you. As you fall into darkness, you can't help but to wonder how this could have happened. You close your eyes as your accept your fate.

Your equipment lies in an open casket adjacent to your bed. You also notice a cup of warm, brown liquid which would probably be coffee, as if it had been placed there not too long ago.

You take your equipment out of the casket, only to find out that it is completely shredded to pieces. Your chest-plate is torn, every piece of armour is broken beyond repair. All except for your arm-guard that signifies you as the General of the Argonian Empire. You can't find your blade anywhere, yet you quickly lose interest, believing that it, too, is broken.

You hear footsteps in the other room.

You are greeted by a short man. He is bald, skinny, and old. He looks at you calmly and chuckles.
"Not even the Kurtanian artillery can take you down. I'm impressed."
He looks at your equipment.
"I'm the local smith and a good one at that. I'm sorry, but your equipment is beyond repair. However, I have been successful in repairing your blade, for the most part."

You feel a sudden surge of excitement. Despite mentally abandoning your blade, you are happy to learn that it was not lost.


CHOICE:
Will you reunite with your blade, or will you choose to abandon it completely?


You gaze upon the blade. Shining as it did on the battlefield, you quickly feel the anger and begin to hunger for vengeance. The blade is a reminder of how you survived. It is your strength and your soul. You grasp the hilt tightly as you wield it.

"You're lucky I didn't leave you to rot out there. Hell, I was already beginning to think that it was wasted effort. You've been out for 2 days. I didn't think the bandages were helping, yet I see some progress has been made."

You look at the man. Somehow you feel like you need to ask him an important question.

DECISIVE:
A - Ask about the past 2 days.
B - Ask if there were any survivors at the field.
C - Ask if he could teach you how to work with metal.

"What's been happening these past two days?" You ask.

The man reaches into his vest and pulls out a piece of parchment. Upon closer inspection, the piece of parchment is scribbled in words that you cannot make out. He notices your confusion.
"It's written in Dwarven." The man says.
"It was given to me by a Dwarf wearing a Kurtanian crest. Know what that means?"
You know all too much what that means.
"The Kurtanians took over the town not too long after your battle. I've been trying to keep your existence a secret up until now." The man takes a deep breath and sighs.
"I... became one of them shortly after."

The news shocks you, yet it intrigues you.

"I... am not Kurtanian by heart. I was given a decision to join them, or to suffer a fate worse than death. I wasn't sure how long I was able to keep you, before you would be found out."

You notice a drop of sweat on his brow.

"I cannot keep you any longer. I hope you understand."

The man gives you clothes to replace your damaged armour. You leave the house carrying nothing but your blade, your arm-guard, and the clothes on your back.
"One more thing, General. It would be better that you leave immediately."

You acknowledge his warning, before turning away completely.


It is bright outside. Your only guess is that it's about noonish. The streets are filled with common-folk. You, dressed with the clothes of a smith, look like one of them.
The man did warn you to leave town as soon as possible, but the information that the Smith has told you is not enough. You need to know what happened at the battlefield.

DECISIVE:
A - Look around town.
B - Head to the Tavern.
C - Leave the town completely.

You choose to head into the tavern, as that seems like the most common place to go if you want information.

You enter the Tavern. It is nearly empty. There is a cloaked man in the corner, and you can't help but notice him. There are also two other men sitting at the bar, as well as the bar tender.

CHOICE:
The cloaked man looks interesting, but then again you are in enemy territory. Will you go order a drink, find out more of this hooded figure, or leave?

You walk up to the bar and sit down. The bartender asks, "Can I get you anything?"

Like a proud man you are, you say, "Beer!"
The moment your beverage has arrived, you gulp down about half the mug. The bartender looks at you.
"Thirsty, are we?"
Whether it was sarcasm, or down right honesty, you say "Hell yes!"

Before you know it, you are engaged in a conversation about different types of ale with the tender. Matching each other's boasts for who could drink more alcohol, you quickly realize that you are down to your 3rd mug. The two men are now aware of you and participate in your almost pointless conversation.

After 10 minutes, you notice someone else has walked into the Tavern. He makes his way towards the cloaked man in the corner. Fixated on this man, wearing a Kurtanian crest, you couldn't hear what the bartender had asked you.

You feel that the question that the bartender had asked was more important than what was going on in the back. The bartender repeats his question.
"That fancy bracelet of yours. Where did you get it?"

You know you cannot possibly tell the truth, for it is the arm-guard that signifies you as part of the Argonian Legion. As a matter of fact, if anyone realizes that those symbols mean that you are a general, you will quickly have enemies;

"I found this on the road. I thought of wearing it you know." You say.
This quickly catches the cloaked man's interest, but pays no attention after. However, you felt as if his eyes were on you. The bartender and the two men, now satisfied, leave the topic alone.

The man that had just walked in, leaves. Shortly after, the cloaked man also leaves. You notices this and can't help but wonder if you would have gotten information out of them. You end the conversation with the tender and the two men, having learned of nothing, and leave the Tavern.


Standing outside the Tavern, you notice that it is darker. The alcohol you have consumed is affecting you, but as a seasoned drinker, and warrior, it isn't too much of a handicap. The cloaked man keeps appearing in your mind, but you let that thought go.

You still need information, yet the longer you stay here, the more likely you wil be caught. Would you like to wander around town, or leave?

You refuse to leave empty handed. You wander around the town.

As you wander, you can't help but to question why the Kurtanians would occupy this town? Why not simply turn it into a military post. You brush off that idea for now as you come at an intersection.

DECISION:
The street branches off in three separate directions.
A - Forward
B - Left
C - Right

You take a right. Not knowing this town, you ultimately get lost. However, there is a large poster that caught your eye. You read what the poster says;

Let it be known that there is a bounty of 1000 crowns per Argonian survivor. If the General is found, the bounty will be increased to 20,000 crowns.
You keep this in mind.

You are lucky that the Town is small, otherwise you would be completely lost. There is still light outside, however the sun is quickly setting. It isn't long before you have made a complete circle around town and ended up back at the Tavern. The Tavern looks fuller than before, but it also reminds you of the cloaked man. 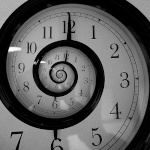 Reunite, it still has a lot of blood to drink

Yes, let's go ahead and reunite with our beautiful blade..
Maybe we should IRC up in this bitch?
-----signature----- 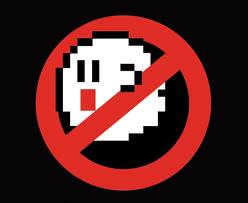 You gaze upon the blade. Shining as it did on the battlefield, you quickly feel the anger and begin to hunger for vengeance. The blade is a reminder of how you survived. It is your strength and your soul. You grasp the hilt tightly as you wield it.

"You're lucky I didn't leave you to rot out there. Hell, I was already beginning to think that it was wasted effort. You've been out for 2 days. I didn't think the bandages were helping, yet I see some progress has been made."

You look at the man. Somehow you feel like you need to ask him an important question.

DECISIVE:
A - Ask about the past 2 days.
B - Ask if there were any survivors at the field.
C - Ask if he could teach you how to work with metal.

A)
Let's make sure no funny business was attempted while we were asleep.
-----signature-----

Ok I guess we can do IRC

Hey I'm pretty retarded, I have mirc, but how do I find the destiny channel without the server information?

If you want you can make the channel yourself. I have no experience with IRC.

destiny is the channel name

did you already create the whole story, or are you making it up on the run?
its sounds pretty well-planned
-----signature-----
Questions? Suggestions? Hate mails? Send me a >PM<

What happend to this story? No updates in about a week

Yeah and it sucks